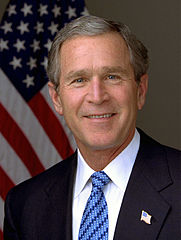 The International Agri-Center was host to President George W. Bush as a featured guest at the Ag Warriors Gala on February 15, 2012 during World Ag Expo in Tulare, California. The event benefited returning veterans by placing them in long-term professions in the agriculture industry. The Gala Banquet was a total success.

This was the second time PDA assisted the United States Secret Service Presidential Protection Unit when Bush has visited the Central Valley.